The legal team at Fusco, Brandenstein & Rada, P.C. understands that many veterans who have served overseas since the beginning of the Gulf War in 1990 are currently suffering from illnesses or disabilities that do not always come directly from combat injuries. Several former service members who were exposed to hazardous toxic waste are still living with the long-lasting health consequences of the burning of tons of trash in open-air pits in Afghanistan, Iraq, and the surrounding areas.

Due to the lack of trash collection services or sewage systems at most of the U.S. war zone military installations in recent decades, the military resorted to open-air combustion as a means of large-scale refuse disposal. Furthermore, because of the presence of improvised explosive devices on the roads, it was dangerous and expensive to haul trash away from forward operating bases.

Fusco, Brandenstein & Rada, P.C. is here to help resolve your case. Don’t hesitate to contact us with any questions you might have. 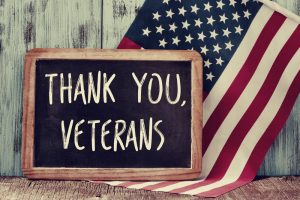 These pits burned just about everything a war zone site might dispose of, including plastics, batteries, dead animals, medical waste, and human waste. However, while our service members were living and fighting in the vicinity of the huge, harmful plumes of burn pit smoke, the military didn’t provide them with any breathing protection that could have kept them relatively safe.

As a result, service personnel inhaled large amounts of pollution, including neurotoxins and particulate matter. As time went on, veterans began to raise concerns that toxic exposures from burn pits might be related to a variety of acute and chronic conditions such as cancers, bronchitis, sinusitis, asthma, headaches, and many others.

In 2014, the VA formally recognized that exposure to smoke from these burn pits might cause short- and long-term health problems. They confirmed that this was particularly true for those whose exposure lasted for long periods of time, as well as for those with pre-existing heart conditions, asthma, or other pulmonary conditions. This led to the creation of the Airborne Hazards and Open Burn Pit Registry, which provides a free medical exam to veterans and conducts further research on the effects of burn pit exposure.

Fusco, Brandenstein & Rada, P.C. is here to help you. Contact us today.

In recent months, burn pit exposure has received a new degree of attention at the highest levels of government. In his 2022 State of the Union Address, President Biden expressed his belief that exposure to toxic burn pit waste may have been the cause of the brain cancer that took the life of his son Beau. In this speech, he asked Congress to pass legislation that would provide more help to combat veterans who are suffering from burn-pit-related conditions.

The House recently passed a bill that would retroactively award between $50,000 and $160,000 to thousands of veterans with illnesses connected to burn pit exposures. This bill has yet to pass the Senate, which has instead passed a narrower bill that extends the eligibility for health care to those who were exposed to burn pit toxins. Likewise, the Senate bill has yet to pass the House.

The good news is that the VA has recently made it easier for veterans with certain burn pit-related conditions to make disability claims. Specifically, veterans who are suffering from asthma, rhinitis, or sinusitis will have less of a burden to prove that their conditions are related to their military service. Your claim will be simpler if you developed these conditions within the last ten years and if you served:

Furthermore, the VA is currently planning an overhaul of the process of how they approve new cases of illness and disability that might be connected to toxic exposure during military service. This includes an ongoing 90-day review of several rare cancers that could be caused by airborne toxins from the burn pits. The benefits may not be available until later this year. 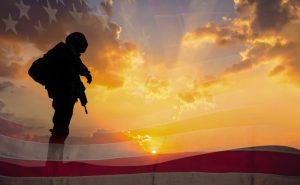 If you served in a war zone during the Gulf War era, and you believe you have health concerns that are related to toxic burn pit exposure, you may be entitled to health care and benefits through the VA. The process may feel difficult to navigate, but the seasoned New York veterans’ benefits attorneys of Fusco, Brandenstein & Rada, P.C. have the knowledge and experience to help you file your claim. We’ll be with you every step of the way during your application process.

Call us today at 516-496-0400, or contact us online for a free consultation and let us help you get the assistance your record of service deserves. Fusco, Brandenstein & Rada, P.C. is here to help.