All military service personnel understand that their service comes with risks. However, it is reasonable for anyone who serves in the United States Armed Forces to expect that those risks will come from the actions of enemy combatants rather than from exposure to circumstances that should have been preventable. Unfortunately, many veterans are currently suffering from disabilities that resulted from exposure to hazardous toxic waste rather than from combat injuries.

Most military installations in U.S. war zones lack appropriate sewage systems or trash collection services. This situation is made more complicated by the fact that improvised explosive devices are often found on the roads surrounding forward operating bases, which adds another layer of risk to the prospect of hauling trash away.

As a result, the military has chosen to dispose of large amounts of waste via open-air combustion in recent decades. This has included burning everything from plastics and batteries to human waste, medical waste, and dead animals. The smoke from these activities has created toxic conditions that have led to long-lasting health consequences for the servicemembers who were exposed to the air around these burn pits. Contact us today. 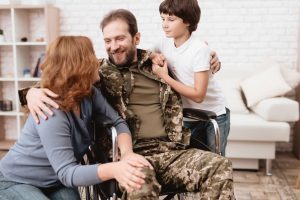 Servicemembers who have been stationed overseas since the start of the Gulf War in 1990 have lived and fought near harmful plumes of smoke from this waste. Unfortunately, the military did not equip them with any breathing protection equipment that would have mitigated the health effects of this toxic smoke.

Without adequate protective equipment, servicemembers who spent time in the vicinity of military burn pits inhaled the particulate matter and neurotoxins that emanated from the fires. In subsequent years, veterans began to experience a number of acute and chronic health conditions including:

The incidence of such health problems seems to be particularly high among people who had pre-existing cardiovascular or pulmonary conditions.

The Department of Veterans Affairs (VA) formally recognized the connection between burn pit smoke exposure and short and long-term health issues in 2014. In response, they created the Airborne Hazards and Open Burn Pit Registry as a vehicle for providing free medical examinations to veterans, as well as conducting more research into the consequences of burn pit exposure. Contact us today.

This year, the U.S. Government has more closely scrutinized the health issues that have arisen for veterans who have been exposed to burn pits. President Biden noted in his 2022 State of the Union address that proximity to burn pits may have caused his son Beau’s fatal brain cancer. In the same speech, he requested that Congress take action to make it easier for combat veterans to access healthcare benefits if they have conditions related to burn pit exposure.

The House and the Senate have both passed separate bills in an attempt to address the issue. The House bill aims to award between $50,000 and $160,000 to thousands of veterans who have been exposed to burn pit toxins. This bill has not yet passed the Senate, whose own narrower bill would extend health care eligibility for veterans with burn pit exposure. Similarly, this bill has yet to pass the House, but a vote there is expected soon.

VA, however, has made more significant progress. They have recently simplified the disability claim process for veterans who have certain conditions and qualify to make burn pit exposure claims. As a result, those who have been affected by asthma, rhinitis, or sinusitis will face less red tape when trying to prove that their conditions came about as a result of their military service. This applies to service members who developed these conditions within the last ten years, provided that they served:

VA is also engaged in an ongoing review of the process by which they approve new cases of burn pit–related illnesses and disabilities. However, benefits may not become available until later this year. 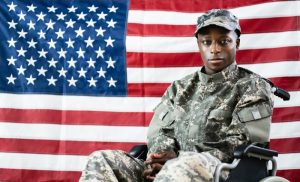 If you served in a war zone at any point from 1990 onward, and you have health concerns that you think may be related to burn pit exposure, you might be eligible for healthcare and benefits through VA. The experienced New York disability lawyers at Fusco, Brandenstein & Rada, P.C. are ready to put their knowledge and experience to work in helping you file your claim. Our attorneys understand how challenging VA claims can be to navigate, but we are here to make the process go as smoothly as possible for you. Call us today at 516-496-0400, or reach out online for a free consultation.